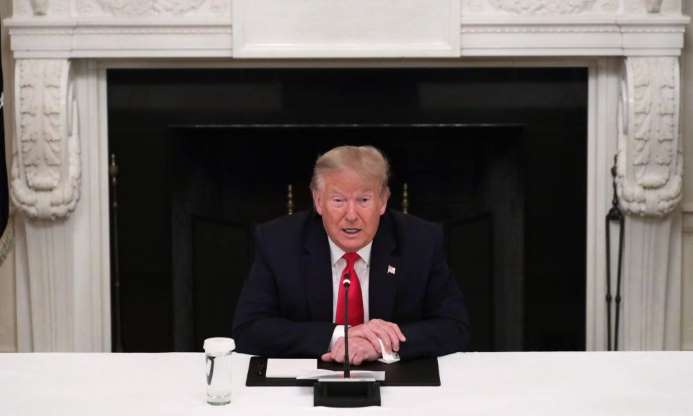 Donald Trump has renewed his threat to cut ties with China, a day after his diplomats held high-level talks with Beijing and his top US trade negotiator said severing the trade relationship was not a viable option.

Trump wrote on social media that the US “certainly does maintain a policy option, under various conditions, of a complete decoupling from China. Thank you!”.

Trump said he was responding to comments by his trade representative, Robert Lighthizer, who has been at the forefront of trade negotiations with Beijing.

Lighthizer told a congressional committee on Wednesday that China so far had been living up to the terms of a “phase one” trade agreement that eased the dispute, and that decoupling the two economic giants was now impossible.